'The Three Dimensions in the Garden of Caustics' 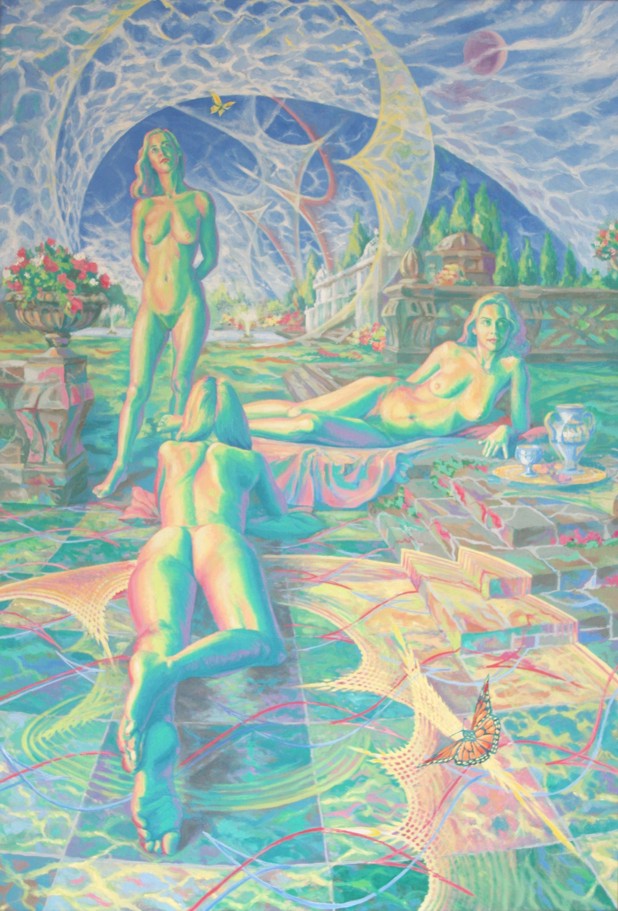 This is an old painting, done in about 1979. The odd title I have given it came about as follows. There is a classical theme in Western painting of the three Graces, from Greek mythology. It depicts three young women, the goddesses of joy, charm, and beauty, often in a garden.

Having an interest in maths and science, I thought that a modern version would be 'The 3 dimensions' so the three women in my painting are disposed like the x, y, z axes of length, breadth and height.

I decided to populate the garden with caustic curves. These are commonly seen optical effects in which a beam of light is reflected by a curved mirror (like the inside of a coffee cup), or refracted by water, as with the bright lines seen on the bottom of a swimming pool in summer. I had recently been discussing the detailed structure of caustics with the mathematical plysicist Mike Berry, now Sir Michael Berry FRS, of Bristol University. He had been applying catastropy theory to optical caustics to reveal their structure, including the fringes produced by diffraction at the caustic curve and the cusp.